The Double is an immersive installation by Holly Childs & Gediminas Žygus (Hydrangea), commissioned by Easterndaze x Berlin 2021, and presented by Subtext Recordings. The Double is part of a fictitious quantum entangled network of European colonial gardens with which the artist duo is engaging. In The Double, botanical spaces are problematised, as sites of camouflaged violence, of appropriation and deletion. This iteration of the work takes place on the twin islands of Bärenzwinger, formerly used to cage captive city bears, and engages with the history of Köllnischer Park, once owned by the Freemason lodge.

For the first time, community radios from Central and Eastern Europe connected through the Easterndaze Berlin platform. Easterndaze Berlin On Air facilitated conversation and exchange between diverse voices which you can follow both locally and all over the world. Joining the project were Radio Kapital🡥 from Warsaw, Lahmacun Radio🡥 from Budapest, IDA Radio🡥 from Tallinn/Helsinki and Cashmere Radio🡥 from Berlin. Showmakers and musicians contributed to a week of collaborative broadcasting practices, creating and developing new collective experiments in radiophonic formats. Easterndaze Berlin On Air took place from April 19th to April 23rd.

An Embrace' is a collaborative project between the Bulgarian experimental music collective Amek and the German music label Vaagner.

Commissioned by Easterndaze as part of the festival’s fourth edition, 'An Embrace' aims to create a bridge between two communities from the different cultural environments of Eastern and Western Europe. 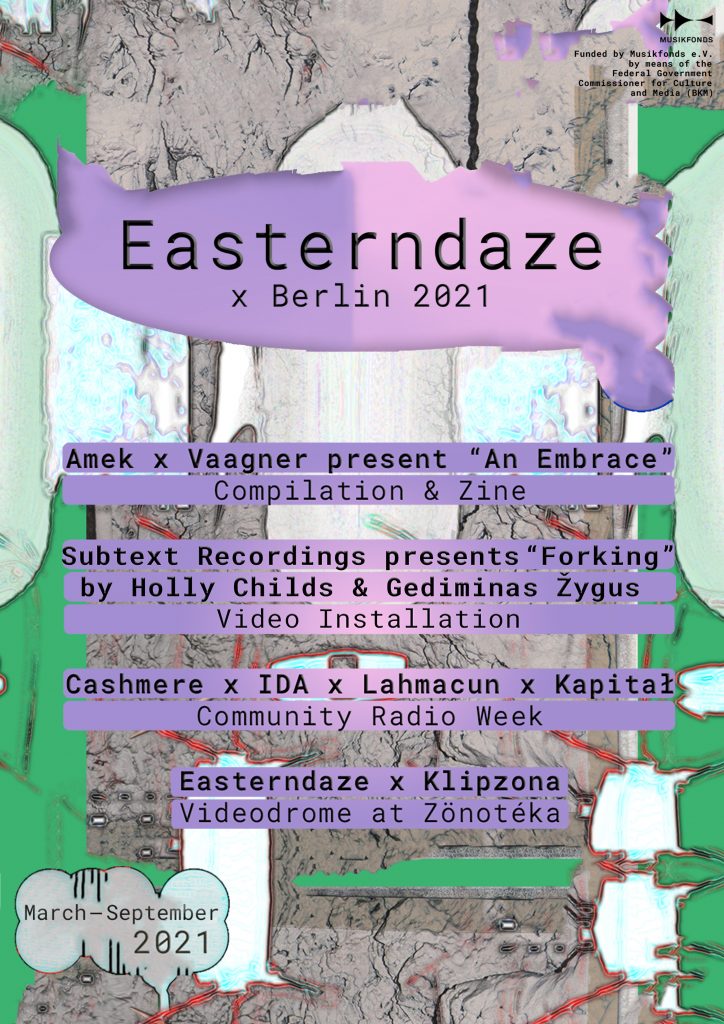 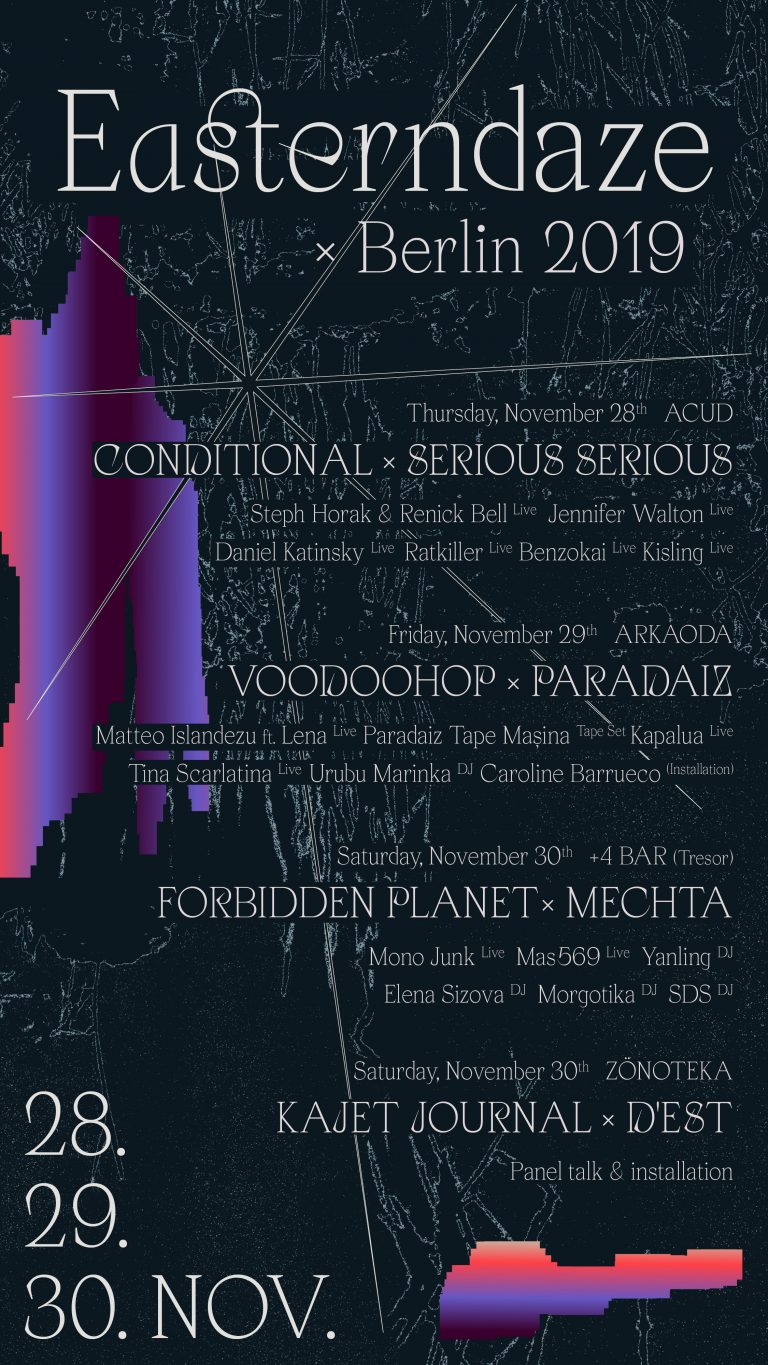 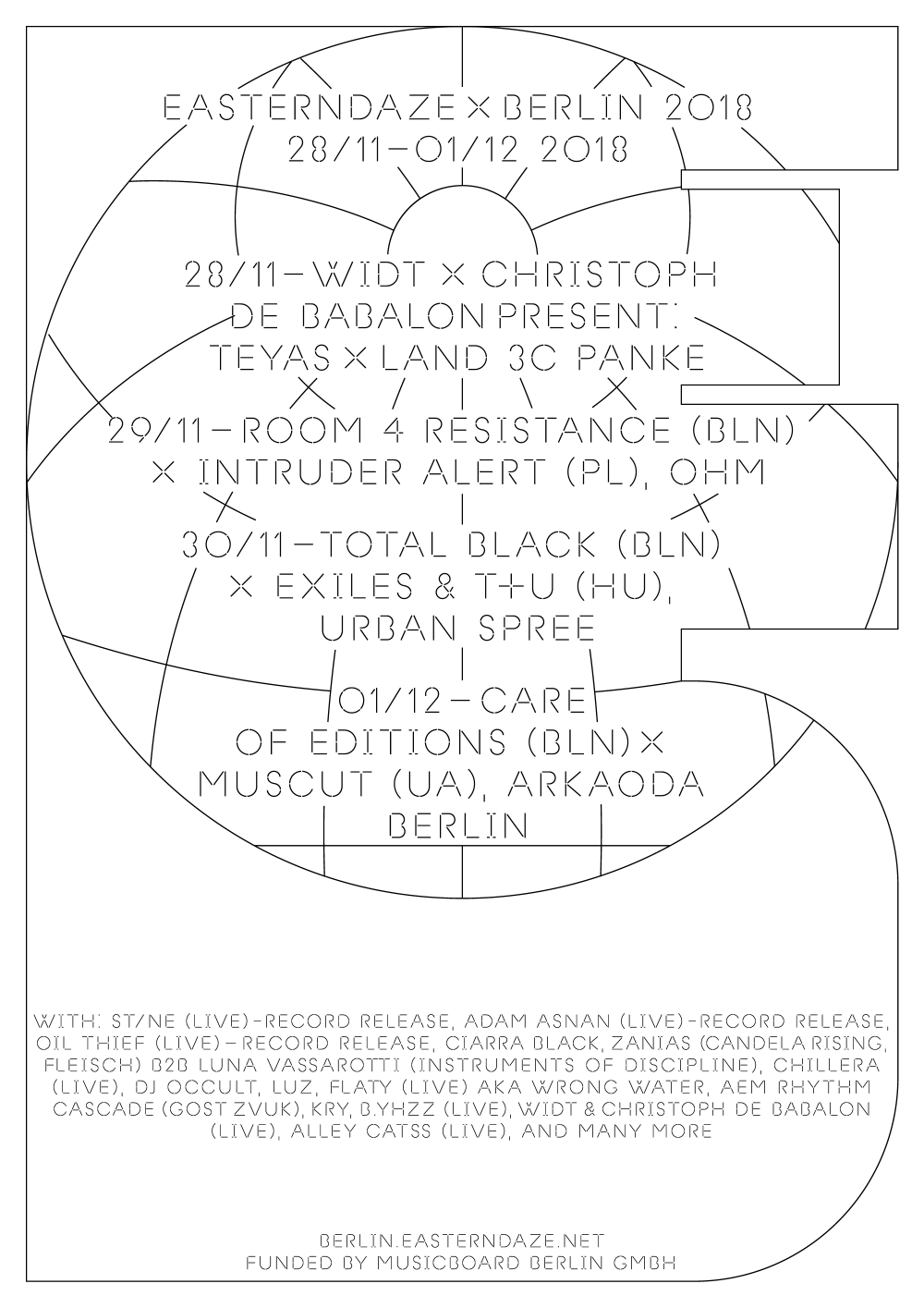 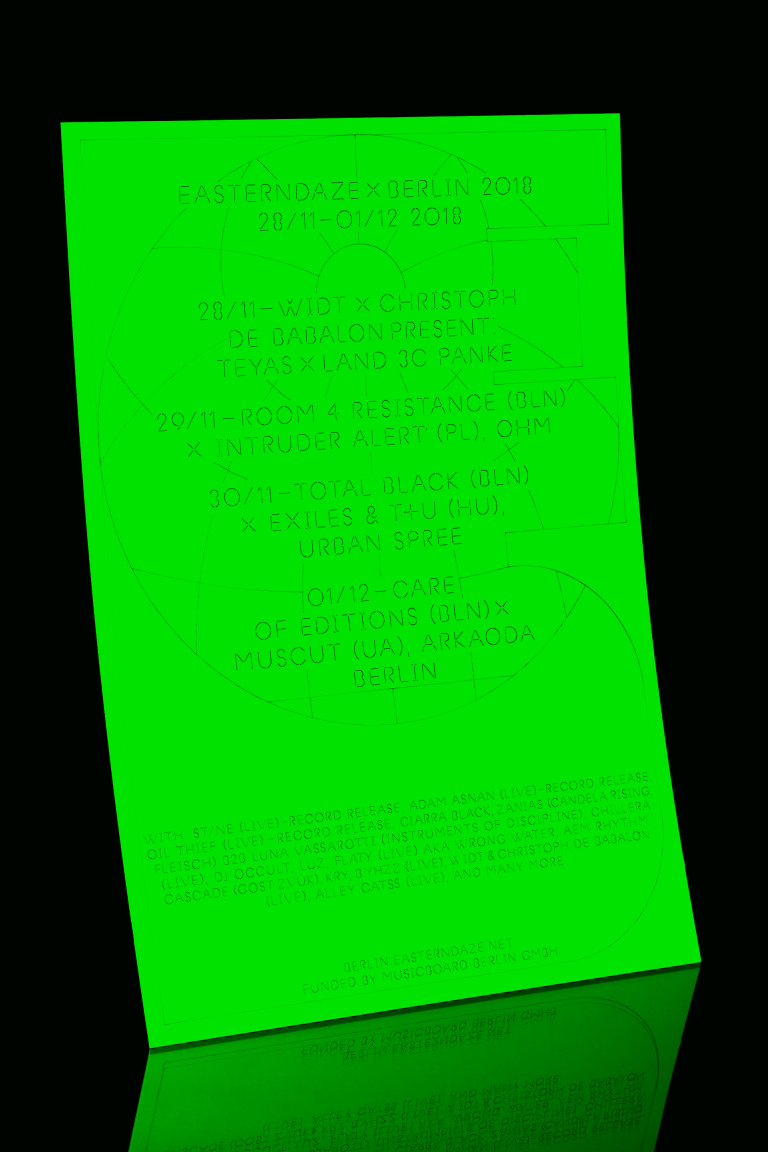 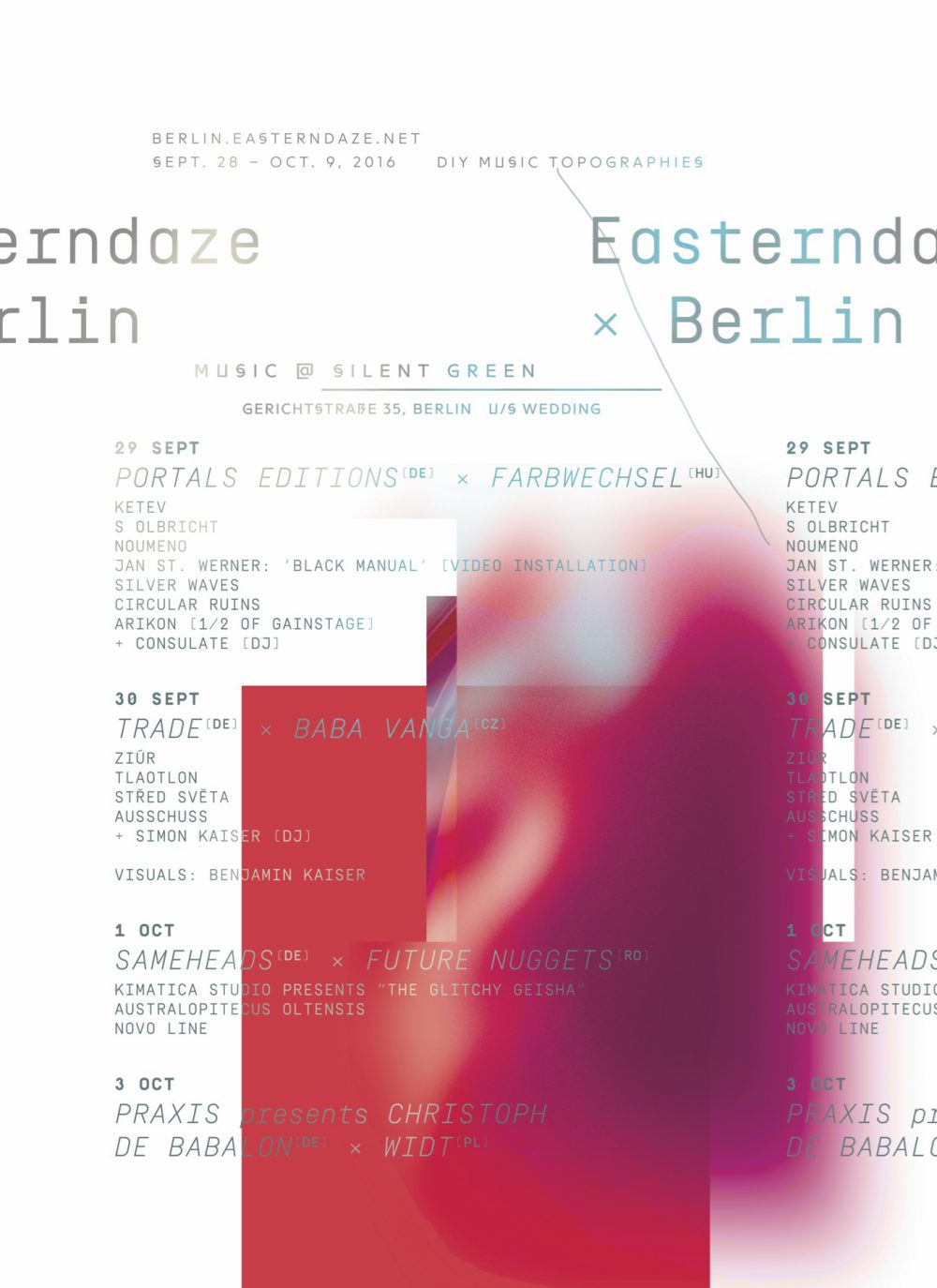